THE CITY IN SOUTH ASIA

​MARIAM DURRANI, CAMRA MEMBER, TAUGHT ANTHROPOLOGY 123 AS THE FIRST PENN ANTHROPOLOGY COURSE TAUGHT COMPLETELY ONLINE, USING CANVAS AND ADOBE. IT WAS OFFERED THROUGH THE SCHOOL OF LIBERAL AND PROFESSIONAL STUDIES. STUDENT EXAMINED THE ROLE THAT COMMUNICATIVE PROCESSES PLAY IN SHAPING COMMON CONCEPTIONS OF THE WORLD AND IN FACILITATING FORMS OF SOCIAL ORGANIZATION THROUGH WHICH PEOPLE LIVE IN THAT WORLD. 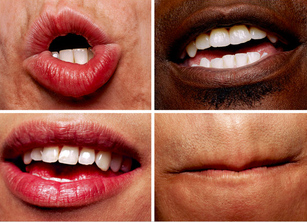 This course offers an introduction to the foundational relationship between language and culture by examining anthropological approaches to the study of language. In this course, students learned how language both reflects and creates thought, culture, and power relations. The students were also able to apply the concepts we studied to their own everyday experiences with language. At the end of the course, students had the option to write a final paper or make a final video project about their chosen research topic. Please scroll on down to see links to the students’ work.

What does a course on communication and culture entail? The course readings, online discussions and real-time conversations focused on the following questions:
The first half of the course examines these questions in the case of small-scale societies. The second half focuses on communicative practices that emerge in the modern world—such as advertising, television and the mass media—and the forms of culture to which they give rise.

SHENAILLE BECKLEY’S
YOUTH SLANG: THE MULTIFUNCTIONALITY OF THE WORD “YO”