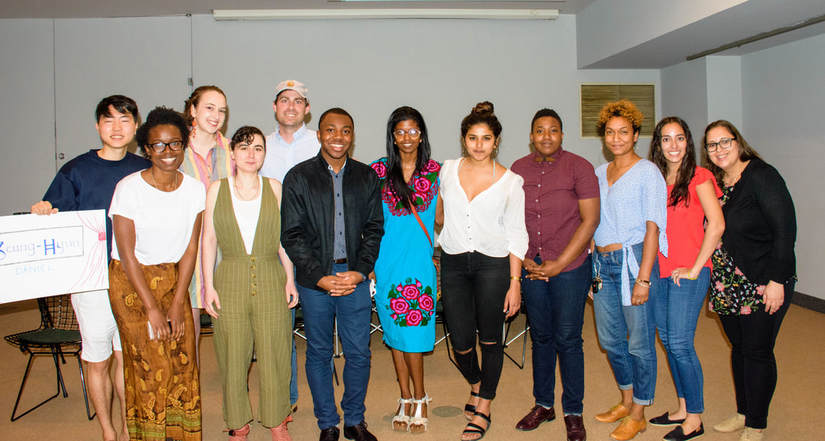 In 2018, the CAMRA Fellows Program continued it's pilot expansion from the previous year, thanks to generous support from the Andrew W. Mellon Foundation. The fellows’ films focus on an array of social justice issues and themes, including immigration and refugee-ship, gentrification and displacement and multifaceted cultural identity.

Ain’t I A Veteran is a short documentary providing insight on the experience of minority veterans whose stories aren’t valued in mainstream media. The documentary features a black woman veteran who is a parent, a gay male veteran of color and a masculine of center veteran. It explores the overlapping struggles of ancient warriors from the diaspora.
Shattering Refuge
Director: Sonari-Nnamdi Chidi
University of Pennsylvania
Mentor: Sosena Solomon

This film is about the chasm between the​ ​multi-dimensional​ ​lives of refugees and their often negative, one-dimensional (mis)representations in the media. The film focuses on the perpectives of regufees in Kakuma, Kenya.
Dan/Daniel/Seung-Hyun
Director: Seung-Hyun Chung
Mentor: OreOluwa Badaki
University of Pennsylvania
​
A person of many names, the filmmaker explores the personal connotations of his names and the way larger diasporic, postcolonial, and activist histories are entangled with them.
Na'amah
Director: Nabila Eltantawy
Community College of Philadelphia
Mentor: Razan AlSalah

This film will be a continuation of a documentary I made six years ago about the struggle between my sexuality and Islam.
No-Place Like Home
Director: Liliana Frankel
Swarthmore College
Mentor: Andrew Hudson

This film will use Yardley, Pennsylvania as a case study to examine the social problems which exist in American suburbs by piecing together the stories of six colorful locals.